The Dutch team is known!

IPMA Young Crew Netherlands is really proud to announce that the Dutch team which will represent the Netherlands in the International final of the Project Management Championship is finally known.

In this year’s final 7 teams from 3 different universities; Delft University of Technology, Windesheim Honors College and Utrecht University of Applied Sciences competed for the title of the best project management team in the Netherlands. The case was carried out in 4 rounds and required the teams to prove not only their project management skills but also their ability to react to sudden changes and work together as a real team. All teams performed well and came up with original and creative ideas but the team of Leonie Knoche, Luzie Siegel, Marit Achenbach and Paulina Kamphuis from Windesheim Honours College managed to convince the jury with their final presentation and overall performance and win a ticket to Nürnberg!

The Dutch Project Management final was co-hosted with the IPMA Netherlands Project Management Parade, one of the biggest project management conferences in the country. The championship ran in parallel with the conference schedule and the winning team was announced during the final speech. The integration of the older and the younger generations ended up in a very successful conference outcome and brought a new dynamic within the project management community.

The organizing committee consisting of Anastasia Kotoudi, Jacco van der Griek, Jorian Schol, Nefeli Peponi and Sophie Pape together with our sponsors DPI, ITDS, NIMO and Prox6 have been working hard the last 7 months in order to reach this successful result. The committee is also travelling to Germany to support the Dutch team during the international final and meet the rest of the young crews! 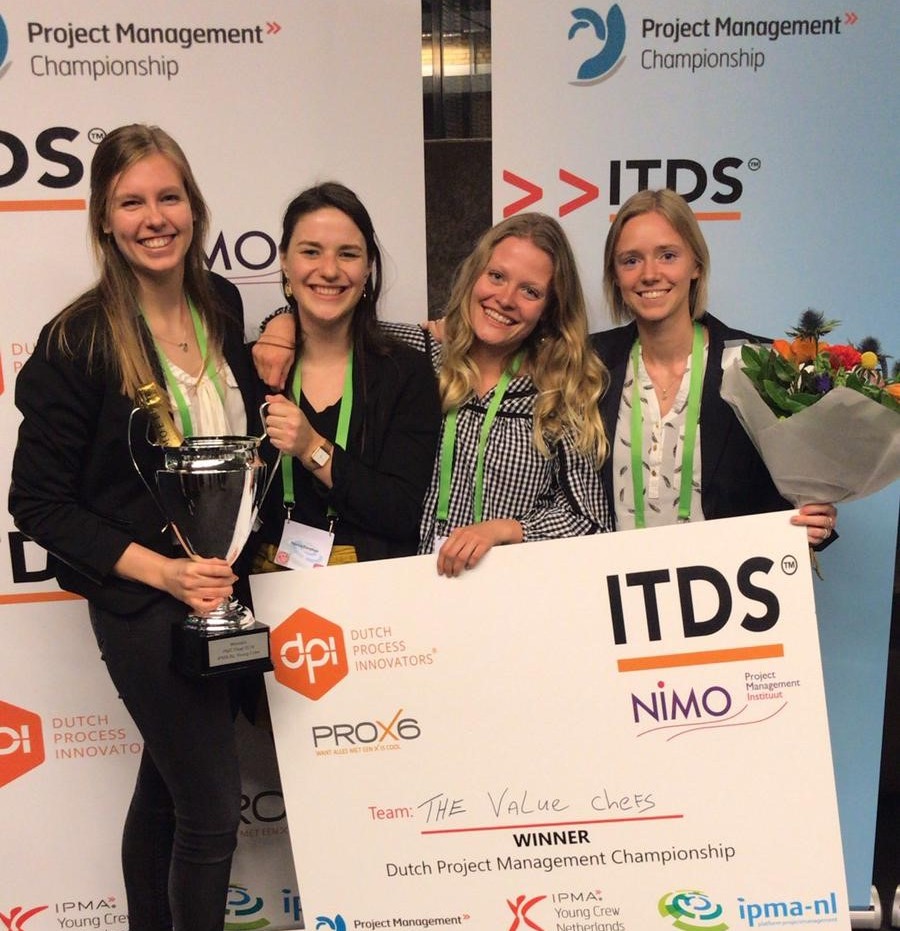 See you in Nürnberg!