The 2020 edition of the PMC started on 14/02/2020, and in the first stage (National Pre-qualification Round), 45 participants from 10 universities took the test. After answering 60 questions from the PMBOK and ICB standards, in 60 minutes, the participants who had obtained a score above 40% (44 people) reached the second stage (group meeting).

Then, on 21/02/2020, the group meeting of the project management championship was held. In this meeting, the participants who successfully passed the first stage were invited and in the form of groups of 3 or 4 people were placed under the name of the university where most of the members of the group studied, of which 44 people were classified in 12 teams.

In the Qualification Round stage, the Project Management Championship (PMC) competition was held with the participation of 12 teams of students from 10 universities of Iran. Throughout the Qualification Round, the teams responded to 100 test questions in 100 minutes by entering the competition portal on 30 April, 1 and 2 May 2020. Due to the prevalence caused by COVID -19, some teams interacted with each other virtually and others in person, and answered each other’s questions in the consultation. Finally, the first six teams advanced to the real-life case study stage (National Final).

Due to the outbreak of the COVID -19, the PMC committee, after consulting with the teams, held the national final stage of the competition virtually. On Friday 12th of June, the Iran National final of PMC was held. During the national final, an important challenge was defined for the teams in a real project and participants competed using their project management knowledge skills, digital and creative presentations and the top team was introduced by the Jury (5 Members) based on various criteria. 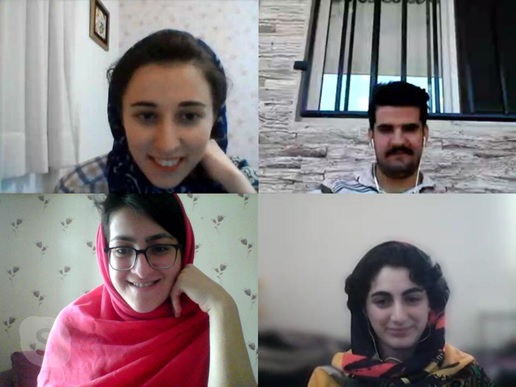