This important event has been organized by IPMA Young Crew Chile in collaboration with UNAB and the sponsorship of Prendo, with Pactio Simulation, in which participants were able to make important decisions about stakeholders.

The event was hosted by Young Crew Chile and the participation of students from Industrial Engineering and IT Engineering Schools, of Universidad Andres Bello. 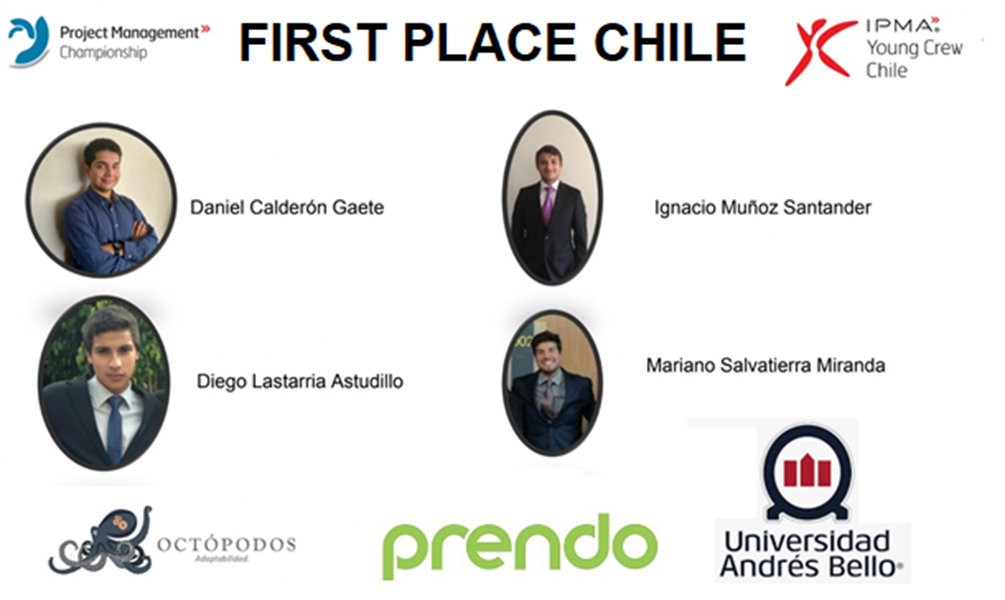 The second place was obtained by the team formed by Fortunato Bravo, Valentina Bustos, Andrea Pizarro and Javier Pacheco.

The third place was obtained by the team formed by Joaquín Chacón, Felipe Uribe, Agatha Astorga and Francisco Machuca.

Each of the Chilean teams had the same challenge related to project management and had to tackle it according to their own knowledge. All the teams did a great job!! Well done!!.