After a knowledge examination process in which 21 teams from different cities of Peru participated. 7 teams were selected from 3 different universities that were challenged in the National final. During the project-oriented case-solving competition in which they employed technical and behavioral skills, they faced a jury that evaluated many aspects of project management.

A very difficult decision, finally finishing the evaluations, the jury gave an unusual decision in which it determined a tie between the team from the National University of Trujillo and the University of Piura. Therefore, it was decided to have a Sudden Death Final.

On October 25, sudden death took place in which the jury focused on aspects of negotiation, ICB competencies and areas of complicated and complex environments. During 5 hours of work and defense of works in front of the jury. The team from the National University of Trujillo made up of Mayvi Ruiz, Jorge Loyola, Rogger Mejia and Cristian Garcia was declared the absolute winner. The jury claimed that it was an extremely difficult decision as each team defended their work with excellence and extensive use of project management tools.

On November 21, the International Final of Project Management – Americas will be held. 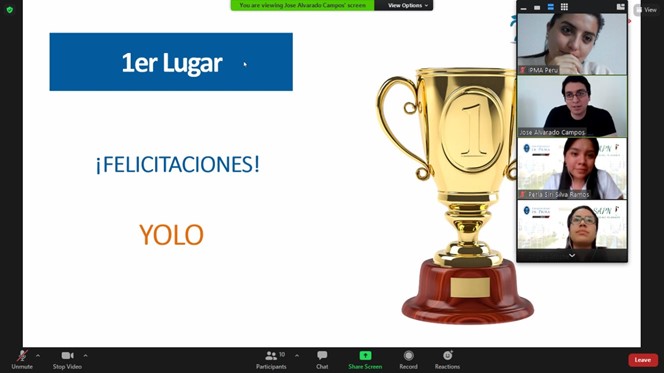