On the 29th of May, the National Finals of the Project Management Championship (PMC) in Portugal was held. Out of the eight teams that signed up for the qualification round, six teams were battling against each other during a day full of challenges. Time management, project management skills, and creativity of the teams were put to the test.

For the first edition of the PMC in Portugal, a case study was chosen related to Portuguese culture. As future project managers of the new ‘CASA DO FADO’ the students had to find a new place within Europe to establish this Portuguese restaurant. In addition, they had to anticipate the COVID-19 pandemic, as well as turning the restaurant into a more modern concept.

All the teams have excelled greatly throughout the day, and their skills were visible and much applauded by our jury members: Anabela Tereso, who is responsible for Observatório Português de Gestão de Projetos and the director of the Master in Engineering Project Management at the university do Minho, Paulo Sousa, who is the membership director of APOGEP as well as the business manager at Observatório Português de Gestão de Projetos, and at last Rui Galvão Brito who is the president at Young Crew Portugal and project manager at DevScope.

Besides the challenges the students had throughout the day, they had to opportunity to discuss their project managements doubts with Tiago Ramalho, who is the former president of IPMA YC Portugal as well as listening to the insights of Carolina Trigo.

We congratulate all the students who were participating in the first PMC hosted in Portugal.  Team 1 was announced as the winners of Portuguese PMC 2021 consisting of the following participants: Catarina Almeida, Ricardo Andrade and José Luz.

We wish the team the best of luck in the International finals! 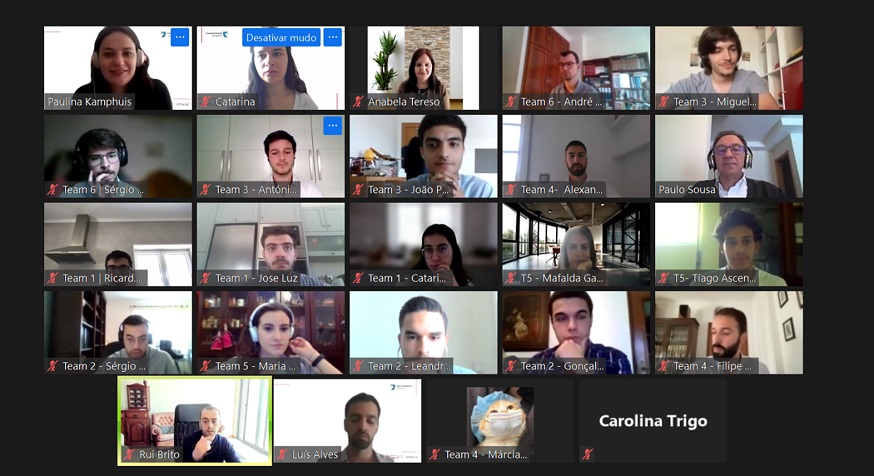