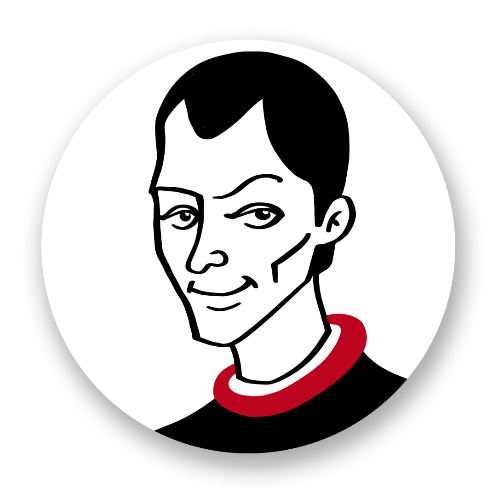 Hi, my name is Eduardo Espinheira, and I’m the Machiavellian PM!

Let me start by admitting something. I have a problem: I am addicted to Project Management! For instance, every time I interact with friends and family, I call them stakeholders!

I wasn’t born like this. My life guided me into becoming a Machiavellian PM.

“It is not possible for me to make a better gift than to offer you the opportunity of understanding in the shortest time all that I have learned in so many years, and with so many troubles and dangers.”
Niccolò Machiavelli

After finishing my first degree in Computer Engineering, I was ecstatic. I had learned a lot, and since I had worked hard throughout my course, I felt prepared to conquer the world.

I followed up with a PM vacancy at a Telecommunications company. It was a big company, and I felt it would be an excellent opportunity to grow. So, they hired me as a Junior PM.
I remember telling my parents while shrugging my shoulders: “Everyone is a project manager, right? How hard can it be?”

In my first week, I had the onboarding. As I was starting my second week, they called me to my boss’s office and gave me 12 projects. I was shocked. It was too much. I knew some of them would fail.

“Time drives everything before it, and is able to bring with it good as well as evil, and evil as well as good.”
Niccolò Machiavelli

I did what I had to. I searched for everything I could on Project Management. But I felt that something was missing. So, I recalled one of my favorite PM books: “The Prince” from Niccolò dei Machiavelli.

“Everything has a definite beginning and end.”

I remember loving the tips he gave so much, I kept referring to him as Uncle Nico. One of his quotes kept me wondering.

“A wise man ought always to follow the paths beaten by great men, and to imitate those who have been supreme.”
Uncle Nico Machiavelli

Most projects have little to none documentation. But I’m the only one who seemed concerned with this. I suggested some changes but was ignored. I was an intern… But that wouldn’t stop me.

I started to put in place some basic documentation best-practices in my projects. What I did wasn’t considered valuable by anyone, but I didn’t give up. I wasn’t documenting these projects for myself. I was assuring information and knowledge were available for everyone who may need it.

“Let him act like the clever archers who, (…), take aim much higher than the mark, (…) to be able with the aid of so high an aim to hit the mark they wish to reach.”
Uncle Nico Machiavelli

Things begin to change. I got noticed for being pro-active and for my organization. My documentation skills became normal practice since all my colleagues started to do the same.

“Nothing honours a man more than to establish new laws and new ordinances when he himself was newly risen.”
Uncle Nico Machiavelli

I was proud of what I developed and started to feel the Machiavellian mindset within me. It was the beginning. I wanted much, much more.

See you next time!

Eduardo Espinheira is a Human Manager, Facilitator, Change Igniter, Instructor and Speaker. He leverages organizations to become more predictable and achieve operational excellence through people engagement, facilitation, change management along with standards or best-practices adoption. He is the author of the MngtBugs & MngtFixes concepts and the Machiavellian PM character.